In the Beginning (How the Trail was built) 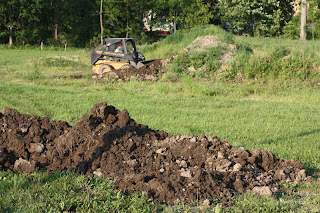 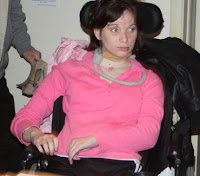 “TRAIL OF HOPE” AND “GARDEN OF LOVE”  February 2012
Located in Lyons, this trail is will provide a path into nature for many years to come. A place of peace and beauty where we can all become one with nature. As one of boys said to me this fall about the Dawn Redwood he planted, "Someday when I come back this tree be over a hundred feet high as he looked up as he grasped the needles. Yes, he will come back along with many others that will also come . They will come to see the flowers, the wildflowers in the woods, butterflies, birds and trees that will reach for the heavens.
I would like to quote from Aldo Leopold who said “We abuse land because we regard it as a commodity belonging to us. When we see land as a community to which we belong, we may begin to use it with love and respect”.* I think Aldo Leopold is looking down from heaven today and smiling.

*Evan Dawson's story was shown on News 13 and you can see him “on the beat” at the trail while filming the story in the top right photo.
**Aldo Leopold, A Sand County Almanac

PREPARING THE WAY… ~Mark Benjamin Mark Beckwith, Andy Steiner, Sean Vollenweider and Andy Buss of Applied Ecological Services (AES) in collaboration with the Seneca Meadows landfill provided services free of charge to the Lyons Community Center for the trail that is being constructed
for ADA access as part of the statewide Trail Works initiative.AES worked to remove invasive species including buckthorn, honeysuckle, and multiflora rose. These species which are not native to NY, shade and out compete native tree and shrub plants. The goal in this area is to restore the small forested area adjacent
to Black Brook to a native example of Western NY flora. The ecological benefits of this reclamation along the prolific Black Brook are another small part of the benefits that AES created and manages for the landfill at the Seneca Meadows Wetlands Preserve which also intersects with Black Brook. “The educational as well as ecologically beneficial components of this small area of removing invasive species and re-planting native species will have long-term positive effects for the local environment.” said Andy Buss of AES.